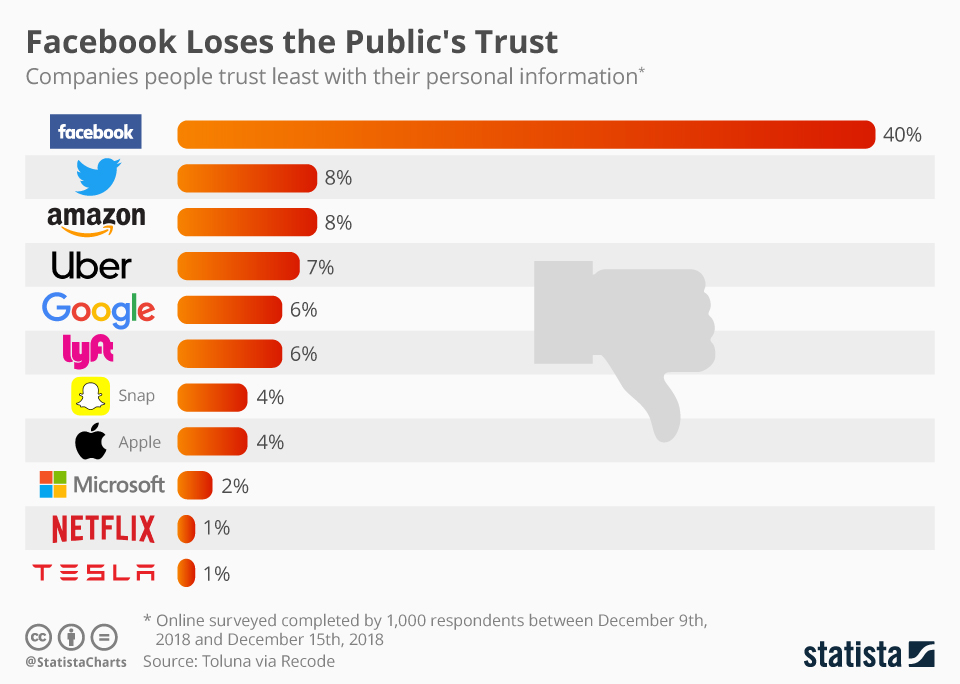 In these interesting times, online trust is hard to come by. If a company has earned user trust, then maintaining that trust should be of the utmost importance. According to a recent report by Statista (December 2018), Facebook is having somewhat challenging times.

It’s also worth noting that trust in Facebook has dropped by 66 percent since the Cambridge Analytica scandal.

Only 28 of the Facebook users surveyed after Zuckerberg’s testimony in the US believe the company is committed to privacy. This is down from a high of 79 , according to a survey by the Ponemon Institute, an independent research firm specializing in privacy and data protection.

Recently Google had trust issues with location sensitive apps such as Google maps even when location services were turned off on devices. If Facebook loses user trust, the same can be said for others for their indiscretions, but the cost may outweigh the benefits.

Most people who use social media realise their information is being collected and shared or sold. That’s Facebook’s business model. The question remains… Will you stick with the worlds largest social media platform? What are the alternatives? Selling your soul to the devil does have its advantages in the short term.

is now law in Europe. The aim of the GDPR is to protect all EU citizens from privacy and data breaches in today’s data-driven world.

These data protection reforms will roll out to other parts of the world, so one thing will happen, and that .