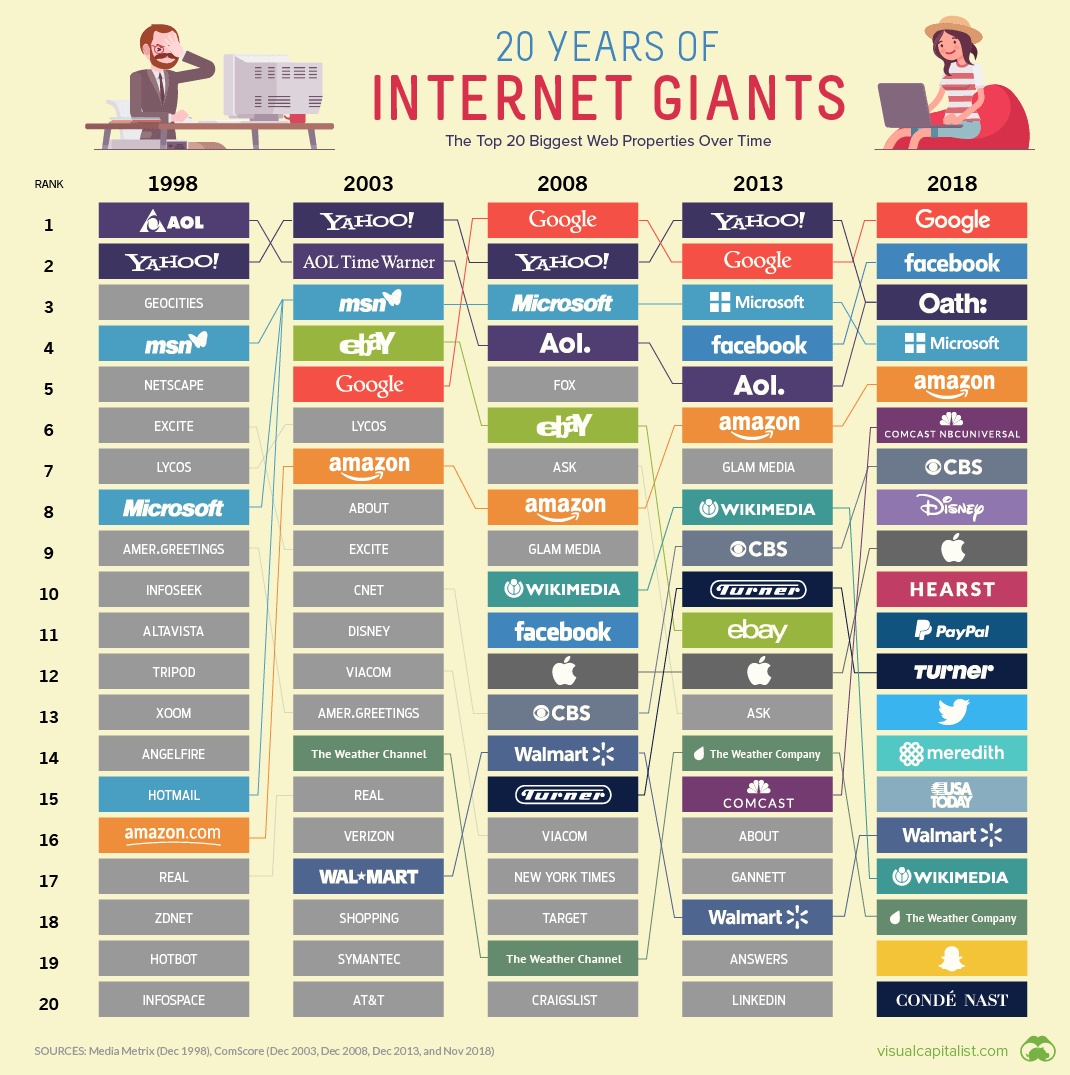 Isn’t this infographic interesting! If you’ve been online since Tim Burners-Lee gave us the World Wide Web back in 1989, then the evolution and demise of some of the world’s biggest internet giants will come as no surprise. What is noteworthy, is some of the companies which were household names, have just disappeared. This graphic is courtesy of Visual Capitalist and their article is well worth the read.

Do you remember Netscape Navigator? It was really the first web browser and one of the first internet giants. It was the flagship product of the Netscape Communications Corp and was the dominant web browser in terms of usage share in the 1990s, but by 2002 its use had almost disappeared.

Social media has long since outgrown its fad stage. It’s now a common digital thread connecting people across the world. While Facebook rapidly jumped into the top 20 by 2007, other brands took longer to grow into internet giants.

In 2018, Twitter, Snapchat, and Facebook’s umbrella of platforms were are all in the top 20, with LinkedIn and Pinterest not far behind.

It’s not just Silicon Valley companies though. Here in Australia, we had startups like OzEmail and iiNet. iiNet was founded by tech geek Michael Malone back in 1993 in a Perth garage, and OzEmail made the former Australian Prime Minister Malcome Turnbull his first fortune. Ask anyone who was online in the 90s about email, and chances are they had an OzEmail account. You’d think with a background like this, Malcome wouldn’t have made such a mess with our NBN.

Today Ozemail is no more, having been acquired by iiNet in 2005. As with most tech companies, cannibalization is the most common form of evolution.